Lionel Messi will finish his career at Barcelona, according to club president Josep Maria Bartomeu
Advertisement

Grading the Eagles fourth-quarter comeback win over the Giants

Why isn't Cristiano Ronaldo playing for Juventus against Dynamo Kyiv?

Patrick Mahomes happy with any Chiefs approach: 'I just want to win' 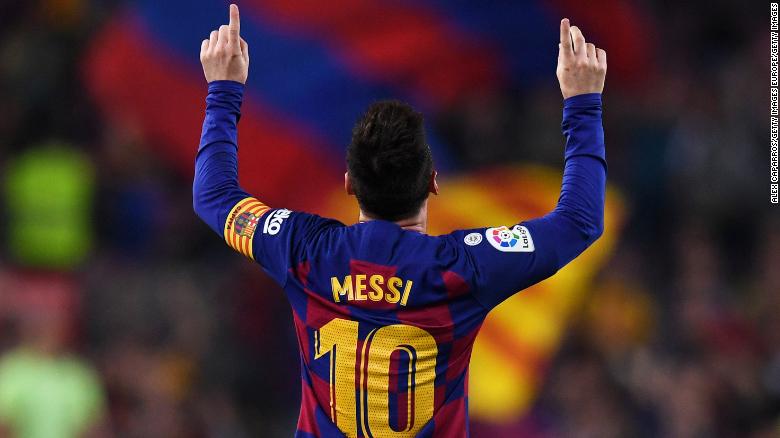 Lionel Messi wants to stay with Barcelona until the end of his career, says club president Josep Maria Bartomeu, amid rumors the star is unsettled.

The 33-year-old’s relationship with the club has come under considerable strain this year and his future with the Catalans had been called into question with his contract up next season.
Despite reports that Messi was looking for a potential way out, Bartomeu remains confident his man will stay at Barcelona for many more years to come.
“Messi has said he will end his working and footballing life at Barca,” he told Spanish network Movistar. “I’m not going to explain the details because we are focused on the competition and we are negotiating with many players, but Messi has explained to us that he wants to stay and so we’re going to enjoy him for much longer.”
His comments came after Barcelona beat Villarreal 4-1 away on Sunday to keep its faint hopes of a La Liga title alive. Messi was on hand with two assists but he could not add to his tally of 700 career goals. 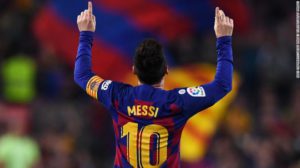 The Argentine has looked unsettled at times this season and has spoken out a number of times against the club. Earlier this year, he lashed out at the club’s Sporting Director Eric Abidal for accusing the players of not working hard enough under previous manager Ernesto Valverde. He also released a somewhat barbed statement in March when announcing the squad would be taking a pay cut amid the coronavirus pandemic.
Lionel Messi seemed to suggest his teammates did not need to be asked by the club’s hierarchy to take the deduction.
“It never ceases to surprise us that within the club there are people who want to put us in a bad light and try to pressure us to do something which we were always clear that we’d do,” read the statement.
The public feuds were all the more surprising given Messi’s usual reluctance to speak out on his social media platforms.
Prev postNext post
Related Topics:BarcelonaLionel Messi
Up Next